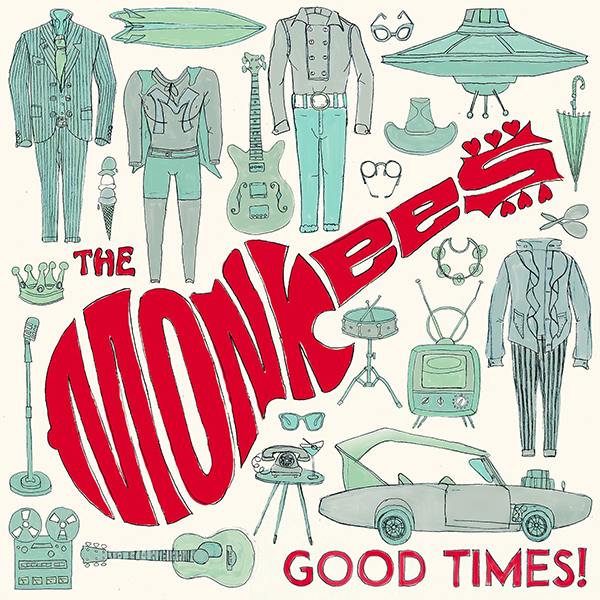 Harry Nilsson is featured on The Monkees’ new album, GOOD TIMES!, in stores today, on the title track released as a new duet with Micky Dolenz.

To help bring their 50th anniversary full circle, the three surviving band members completed songs for GOOD TIMES! that were originally written and recorded for the group during the 1960s. Harry Nilsson wrote the title track, “Good Times,” which he recorded at a session with Michael Nesmith in January 1968. The production was never completed, so the band returned to the original session tape (featuring Nilsson’s guide vocal) and have created a duet with his close friend Dolenz. “Good Times” marks the first time Dolenz and Nilsson have sung together since Dolenz’s May 1973 single “Daybreak.”